DRUGS AN ADDICTION OR DEATH

“DRUGS A CONFUSION OR AN ADDICTION. LIKEWISE, THEY CAN SAVE A LIFE OR FINISH IT. LIKE A CHEAP DIRT ON BODY OR SOUL HENCE EFFECTING MY BODY BADLY.’’

Moving on, there are vast reports about the spread of drug crimes and especially about young people. There are plenty of drugs that cause a change in the decorum of thinking, the behavior of persons, and that drugs are termed as psychoactive here it defines mind to act.

Consequently, on the pace drugs are differs on the legal or illegal basis and it is a very important factor for us to know what drugs are and what they do because we live in a universe where we are surrounded by drugs

Psychoactive drugs work on when they getaway to the brain and there are several ways this is done such as swallowing injecting and inhaling. Similarly, different drugs do different functions and cause different effects. Some change the way of brain functioning some don’t.

Furthermore, depressants are those drugs which slow down the brain while on other hands opiates are pain killers, they turn on brain pleasure Centre meanwhile steroids and hallucinogens changes the way of perception of the brain for work look and listen and affect muscles

On the contrary, the stimulants speed up brain functioning such are cocaine nicotine. Nicotine harm us by impulsing us down.

In the end, while drawing a conclusion we can say that nobody wants to damage themselves it just their life paths and lack of awareness that lead them there. It’s more important to save a life with an act of kindness instead of blaming the one 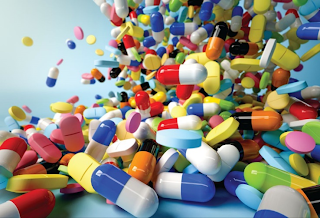 Freedom From Anxiety and Depression